Another absolutely delighted Owatrol customer after we had suggested using Net-trol to remove rust stains from their very expensive sandstone paving.

David contacted us as it had been suggested that Net-trol would be able to remove the stains that were caused by metal furniture being left on the newly laid slabs when they treated their lawn with anti-fungicidal products.  Having just spent £6k on having the paving installed, David tried many different chemicals which had little or worsening effects and held out little hope of reviving his patio! 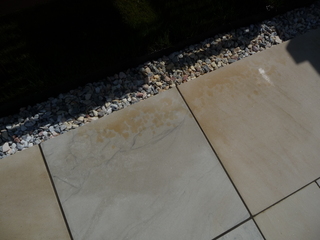 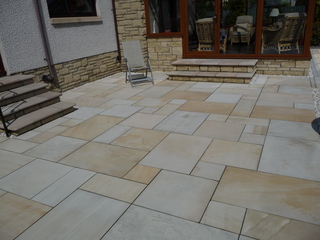 As you can see by the photos supplied by David, the stains were causing some unsightly problems on what was once a beautiful patio.

After using Net-trol as described, the results have left him a delighted man, especially now that his wife has stopped making his life not worth living!!

Here is the photo of the fully restored patio: 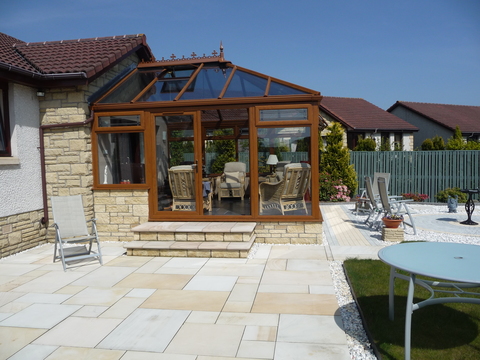 I have taken this insert from the email that David sent to me:

Just a note to say how delighted I was with Net-trol and the results were amazing.The rust stains came out completly!!!As you know I had tried umpteen different chemicals and solutions but only Net-trol worked.

It was a huge relief to my wife and I as we had just spent £6000.00 on the stone and having it laid.I only applied the grass treatment 2 days before the patio was to be sealed!!

Once again many thanks to you.

Have enclosed some photos.